Earlier this year, it was announced that 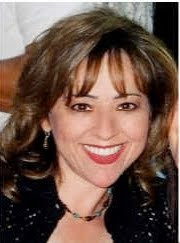 Debra Gussin and co-writer Rick Howard were the grand prize winners of the Country category in Session II of the 2009 John Lennon Songwriting Contest for their song, ““Is That You?”. After facing-off against the Session I 2009 Country Grand Prize Winners, JD Dohnal and Dave Tough, Gussin and Howard also took home the coveted Lennon Award, making them one of the twelve artists currently in the running for the Maxell Song of the Year Award.

In recent years, Gussin has made quite a name for herself. In addition to a slew of accomplishments in various songwriting contests, Gussin has worked with many industry veterans, including Paul Williams, Marty Panzer and Don Grady. In her past she has been honored with several musical scholarships and was the first ever recipient of the Lifetime Barry Manilow Scholarship Award.

More recently, Gussin’s song, “This is Our Time,” was chosen as the official graduation song for UCLA Extension. She worked with co-writer Dale Effren on the lyrics, and the song premiered on June 29th in Los Angeles; Erich Bergen of the musical, “Jersey Boys,” performed.

Now, Gussin extends her talents to write songs for the stage. She has been named the lyricist for “TURMOIL! A New Musical.” In addition to this great honor, Gussin is also on the Board of Directors for the Academy for New Musical Theatre.

With so many achievements already under her belt, Gussin is certainly one to watch in the coming years.