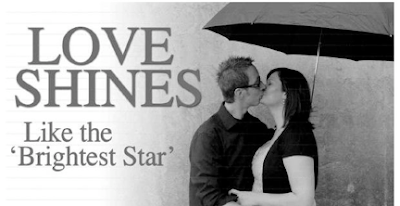 In March 2010, the John Lennon Songwriting Contest announced the winning entry in its first ever love song mini-contest. People across the globe entered their best compositions in hopes of being named the winner, but the title ultimately went to the duo of Taron Cochrane and Chazz Valentine for their song, “The Brightest Star.” Since then, they have received much recognition for their efforts, and most recently they have been featured in the Regina Leader-Post newspaper in Canada.

In 2009, Cochrane was preparing to marry his fiancée, Jenna Brown, and he wanted the song at their wedding to be truly their own. He set to work on writing the lyrics, but as a graphic designer he felt he lacked the musical experience to record the vocals and instrumentation himself. It was then that he contacted Chazz Valentine, an artist from New Zealand with whom Cochrane had previously been acquainted when doing some design work for Valentine’s band, The Rabble.

Over the next several months, Valentine and Cochrane communicated via email to put the song together. Through their determined teamwork, “The Brightest Star” was completed in time for Cochrane’s October wedding to Brown, and it continues to inspire other couples around the world. Cochrane reports that the love song has been used in weddings besides his own.

In addition to helping happy couples celebrate their special day and being named a winner in the JLSC’s Valentine’s Day themed mini-contest, “The Brightest Star” has also claimed a place on the music charts in New Zealand. Thus far, it has reached a peak #3 position on the singles charts and continues to receive significant radio play.

The full Leader-Post article about “The Brightest Star” can be found here.